Sibling DNA tests are one category of testing, and then there is DNA testing of twins. Twins fall into two categories: identical and fraternal. Identical twins are formed from one of the mother’s eggs, and so their DNA (genetic material) is exactly the same. This is true even if they look different because of the effects of the environment on each one after they are born.

Fraternal twins develop from two eggs that were fertilized at the same time. They may be of different sexes, and they may look very different.

To determine whether twins are identical or fraternal, we use a procedure called the twin zygosity (zygote is a word that describes the fertilized egg) test. Some people request the twin zygosity DNA testing to settle personal curiosity. However, a twin zygosity DNA test can be critically important if one twin develops a serious disease. In that case, if one twin needs an organ transplant, for instance, his or her identical twin would be the perfect donor candidate.

Knowing that there is one person— and one person only— who shares one’s genes can be a great source of medical knowledge. The test is also useful in situations where one twin has died and the other needs to prove a biological kinship with the deceased person. In this case, forensic sampling is a possibility, using material from the deceased.

Some parents elect to have their twins DNA-tested while they are still young. This establishes identical or fraternal bonds early in life. The sampling process is easy and pain-free. A cotton swab resembling a large Q-tip is used to gather cells from inside the mouth. The sample is then sent to a lab.

For two testing, at-home DNA kits are available. If the information is needed for a more formal purpose— say, inheritance— then we advise you to inquire about a court-admissible DNA test, which is conducted by a lab certified by the American Association of Blood Banks (AABB). 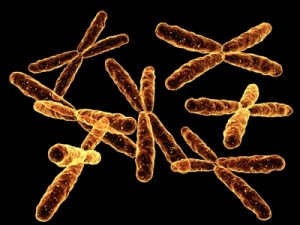 Most twins know— or believe they know— whether their twin is identical or fraternal. However, reports from an obstetrician may be confused or incomplete. Ultrasound exams may show the twins developing from one zygote, or they may not reveal anything. It’s possible to determine the genetic profile from placental tissue, but this does not usually happen unless there is a problem with the birth.

Our DNA zygosity test removes any doubt. If the twins share 100% of their genetic endowment, they are classified as identical twins. If there is a discrepancy between one twin’s genetic profile and the other’s, they are fraternal.

This technique for distinguishing between identical and fraternal twins only came into being during the past century, while the question of twinship has been around at least since Shakespeare’s day, 400 years ago.

In A Comedy of Errors, Shakespeare created his supposedly identical twin characters as male and female, a biologically impossibility. He should have ordered the twin zygosity DNA test from All About Truth DNA Testing Services. Call one of our offices in Palm Beach County, Broward or Dade Counties and we’ll provide you a consultation.