The sibling dna test can be used to establish whether two or more people share some of the same genes. This happens in cases where they have one or more parents in common. By measuring and analyzing the number of genes that are the same in two individuals, experts can determine the strength of the biological relationship.

This is done by DNA testing of both participants to determine whether the alleged brothers and sisters are related. By testing a parent’s DNA as well, the evidence is made even stronger.  Negative results are often useful as well. If there is no genetic similarity between two individuals, the test proves the lack of biological relationship.

The test can also be used to determine parenthood (maternal or paternal) if a mother or father is not available. The strength of the sibling DNA linkage is expressed as a percentage. For instance, there can be a 98% statistical probability of a sibling relationship or an 83% probability, depending on the strength of the association.

The results from this type of test can produce peace of mind and settle ancient questions within the family or community. This type of test is often employed for genealogical charts.

However, this test does not prove a biological relationship for legal purposes. Because of the risk of confusion or contamination during the collection of sibling DNA samples, storage and shipment, and documentation, home-test kits are not considered legal proof of a genetic relationship.

If the sibling DNA test is conducted by a laboratory run by the American Association of Blood Banks (AABB), the test will produce court-admissible evidence of a biological relationship. These results can be used for child support or visitation rights; to legally change the name on a birth certificate; for immigration, inheritance or probate; or for immigration authorities such as the U.S. Citizenship and Immigration Services. 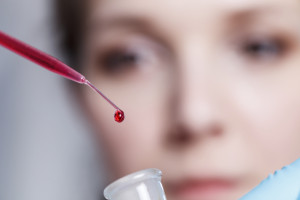 While the legal status of the tests vary depending on where and how they are conducted, all sibling DNA tests begin with a sample. It can be a cotton (buccal) swab that’s swiped against the inside of the cheek, or a small amount of blood, hair, skin or fingernail. While the validity of the at-home kit is determined by the care and accuracy of the person conducting it, legally approved labs must follow a strict protocol.

In these institutions, chain of-custody procedures require that the process be supervised and documented each step of the way.

If for any reason, you believe that the results of a sibling DNA test could be required in court or necessary for government approval of any sort, it’s best to request a court-admissible DNA test. The procedure for this type of sibling DNA test is very specific and we are set up to walk you through the entire process. Our staff can answer any questions and provide you with the information you need. Call our clinics in Broward, Dade, Palm Beach counties.