The maternity DNA test establishes beyond any reasonable doubt a biological relationship between mother and child. All About Truth DNA Testing Services offers various levels of assurance. From our online home DNA kits to tests analyzed in our contract partner’s AABB labs to provide legally admissible DNA evidence, we have the appropriate degree of reassurance for your needs— whether it is simple peace of mind or the complexity of an immigration suit.

A maternity DNA test is helpful in cases where a child was separated from his or her birth mother by adoption and there is a need to confirm the biological relationship. It is also used to establish maternity in cases where children are assigned to the wrong mothers in a hospital or nursery, a rare but not unknown occurrence.

For immigration purposes, a maternity test is used to support biological relationships between a mother and her child, or to establish the correct mother’s identity in a case of in vitro fertilization.

Whatever the reason for a maternity DNA test, our offices in Broward, Dade and Palm Beach counties are available to help ascertain the truth.

A maternity DNA test is similar to a paternity test in the way it’s conducted. A sample of maternity DNA is taken (usually with a swab to harvest cells from inside the mouth), and then sent to the lab for analysis. The profile of genes shared by the mother and child determine a biological relationship between them or prove that the connection doesn’t exist.

If the mother isn’t available, it is still possible to establish a DNA link. Forensic samples such as hair (with the root ball attached) are used in cases where the mother is deceased. Tissue or blood samples may be available from a medical examiner’s office. Other materials such as ear wax, fingernail clippings or mucus are also frequently helpful. As long as the material contains some intact cells with DNA, it is testable.

A maternity DNA test may be conducted at home by any individual who is capable of following directions. This self-administered kit is useful for individuals who simply want to know the truth for their own peace of mind. For more official situations, ask our staff about court-admissible DNA evidence.

When DNA Maternity Is a Legal Matter 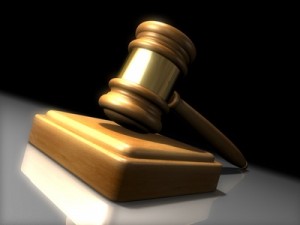 There are cases where the results will determine a legal standing. Immigration is one such situation. Inheritance, child custody, visitation rights, estate processing or probate court are other areas that may require a court-admissible DNA test. In these situations, our contract partner is a lab certified by the American Association of Blood Banks where maternity DNA testing is conducted under strict rules.

In situations where the mother and child reside in different parts of the world— including Dominican Republic, Ecuador, El Salvador, Ethiopia, Ghana, Peru, Senegal, Cuba, Canada, China, Bangladesh, Columbia, Costa Rica and other countries— All About Truth DNA Testing Services are equipped to handle your request. Call our office to explain your situation or submit your questions to one of our helpful staff.