When the alleged father is deceased or is unavailable or unwilling to participate in a DNA paternity test, there is another option called genetic reconstruction. This test is stronger than an avuncular test which only tests one sibling of the missing parent. This is a way to determine a biological relationship between the child and the father’s or mother’s relatives. Close relatives who may be tested could be two full siblings of the missing parent who share the same set of parents, or one sibling and one biological parent.

In genetic reconstruction, the child’s DNA is compared with DNA samples taken from at least two relatives of the missing parent (4 individuals would be required to perform such test). If the child is related to these relatives, their genetic profile will show the probability of relatedness and the likelihood of the alleged paternal or maternal relative which may yield up to a 99.9% or more that they are related.

A genetic reconstruction requires more testing than a simple paternity or maternity case. The accuracy of the test depends on the people who are being tested.  If there are any reasons to believe that any of the siblings being tested may not be a full sibling of the missing father or mother, the test maybe affected.

Ideally, to establish paternity in the absence of the father, the genetic reconstruction would consist of DNA testing of the mother, the child, and two close relatives of the purported father. Close relatives could be two full siblings who share the same set of parents, or one sibling and one biological parent.

The mother’s participation in a DNA test is critical because she contributes 50% of the genetic material of the child in question. If the mother is not available, the test must be performed on at least three close relatives of the alleged father.

Complex Reconstruction of the DNA Profile 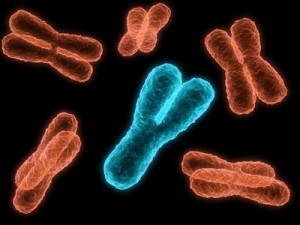 While genetic reconstruction is more complicated than a simple paternity case, the results are equally sound. By analyzing the genetic profile of close family members, our laboratory can estimate the probability of a biological relationship between the child and an alleged parent.

In chain of custody, the entire process— from sample-taking to delivery of results to the proper government authorities— is documented and supervised.

Families who need to know can depend on the service and respect for your privacy that’s been a hallmark of All About Truth DNA Testing Services. We have offices in Dade, Palm Beach and Broward counties, and we are available to answer any questions about sensitive matters of DNA testing and familial relationships.

It’s no longer necessary to wonder and ponder about critical pieces of information that would make a significant difference to your family.

Even if a father is missing, deceased or uncooperative, we can determine paternity (or maternity, if that is the question) using genetic reconstruction.

Call our office or our nationwide hotline today to find out more about how you can put the matter and your mind to rest.