The alleged father’s full siblings, sharing a mother and a father between them, are excellent candidates for proving paternity. The child in question should also have a sample submitted for DNA testing.

This test is ranked less accurate than the gold standard, which is a DNA test of the father, and also ranks below testing the grandparents. However, if the mother of the child also submits a sample for testing, this would strengthen the genetic case for paternity.

In the case of full siblings, since they each inherited 50% of their genes from each parent, they carry the same DNA as the alleged father. Because the child in question has inherited half of his or her genetic material from the father, their genetic footprint shares some genes with the father’s profile, or with his full-blooded siblings.

Siblings who have the same mother or a father as the alleged father— but not both— would not be able to offer as convincing proof as full siblings. Paternity DNA tests range from most reliably predictive down the line to genetic reconstruction. Our offices in South Florida handle them all.

There are also levels of proof ranging from home test kits (that are handled by the consumer and are not subject to professional oversight) on up to court-admissible DNA evidence that can pass legal and government hurdles.

Avuncular DNA Testing Services, with offices in Dade, Broward and Palm Beach counties, has partnered with a government-certified American Association of Blood Bank (AABB) laboratory whose results are court-admissible.

If a paternity case involves any government action, such as immigration, military or social security benefits, custody or inheritance, the DNA testing should be handled by an AABB laboratory.

Aunt, Uncle Share Some Genes With Nephew or Niece 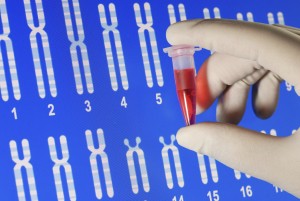 If the father isn’t available in a paternity case, an avuncular test can meet the requirements. By testing an uncle and aunt (one and/or both) plus the child in question, we can establish with a high degree of certainty a familial relationship.

If there is a need to establish a genetic link and the direct ancestors aren’t available, we have ways of establishing blood relationships. Call one of our offices in Palm Beach, Broward or Dade County and we’ll explain the various ways this can be done.